On the two-year anniversary of his failed title shot against Khabib Nurmagomedov, Dustin Poirier posted a motivational message to his Instagram account.

‘The Diamond’ fought his way to a title shot on this day in 2019. His journey there involved victories over some of the lightweight division’s greatest fighters, including Justin Gaethje, Eddie Alvarez and Anthony Pettis.

But all those wins were for naught. Khabib Nurmagomedov clinically defeated Poirier at UFC 242, submitting him in the third round. But since then, Dustin Poirier has picked himself up and is now a man whom many consider to be the greatest lightweight in the UFC.

Poirier is now set to once again compete for UFC gold. The Dana White-led promotion is rumored to be in the process of booking a fight between Poirier and current champion Charles Oliveira for UFC 269.

“2 years ago today I walked off stage after the press conference. I was heartbroken and unsure of my future. Today I’m preparing for the chance to wrap gold around my waist at the end of the year. Keep grinding and chase your dreams! Let them doubt.”

Since losing to Khabib Nurmagomedov, Dustin Poirier has looked nothing short of sensational.

In 2020, he put on a Fight of the Year contender against the always-dangerous Dan ‘The Hangman’ Hooker. Both men left everything in the octagon that night, but it was Dustin Poirier’s hand that was raised at the end of five rounds.

This year, ‘The Diamond’ faced off against the UFC’s biggest star, Conor McGregor. Poirier had already come up short against the Irishman once before. But this time around he showed that he is no longer the fighter he once was, knocking McGregor out in the second round. 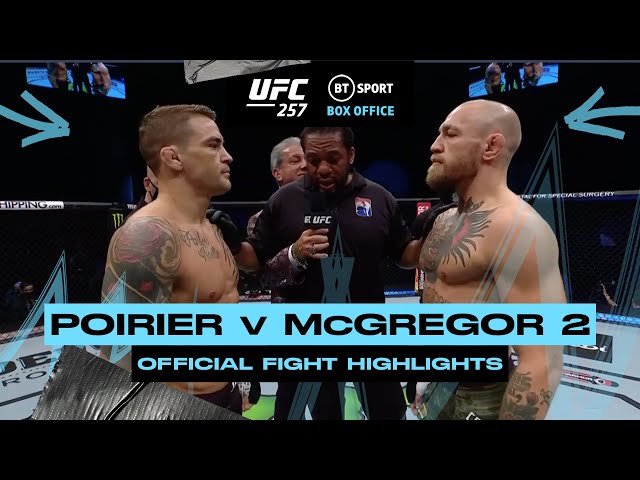 At UFC 264 in July, Poirier and McGregor faced each other for the third time. The trilogy fight ended in an anticlimactic way when McGregor broke his left leg.

Whilst the former two-division UFC champion called for a fourth fight, Poirier now has his sights firmly set on UFC lightweight gold.