League of Legends recently provided a first look into the Nightbringer/Dawnbringer skin lines that are probably going to make their entry into the game in the latter half of September.

These are further additions to the Nightbringer/Dawnbringer skin line that currently exists within the game. Yasuo, Aphelios, Riven, Soraka, Vladimir and Lee Sin are some of the champions who have skins along this line. These skins basically represent order and chaos.

They have some nice lore attached to them and definitely provide a very unique aesthetic to the champion. As of now, there is not much information on when the skins will be released or their price. However, a few guesses can be made depending on the skins that are being released including the champions present.

Apart from that, the price of skins are also not very hard to guess as there are only two of them which are worthy to be marked as legendary.

Price, release date and champions featured in the upcoming Nightbringer/Dawnbringer skin lines within League of Legends

The League of Legends champions who are going to be part of the new skin line are Morgana, Vex, Yone, Kayn, Tryndamere and Lillia. This is a clear indication regarding the expected release date of the skins.

This is because Vex is a new champion and will probably make her entry with patch 11.19. It means that her skin will also be released accordingly and thus it applies to the rest of the skins as well.

Apart from that, League of Legends also released a trailer called “Severing Fate” that showcases only Yone and Kayn. Riot has been known to showcase only the costliest skins in their trailers and therefore it is highly possible that Yone and Kayn will get legendary skins. Apart from that, both of these skins have both Night and Dawn form which is different from the others.

The Splash art of the skins have not been released and players need to wait for further updates from League of Legends. The expected price for Dawnbringer Morgana, Dawnbringer Vex, Nightbringer Tryndamere and Nightbringer Lillia is probably going to be “1350 RP”.

However, the price for “Night and Dawn Yone” and “Night and Dawn Kayn” is probably going to be “1820 RP”. This makes sense as Kayn has two forms in League of Legends and therefore, the design and visuals will vary for both.

Yone also has a normal form and a spirit form and therefore he needs to have varying visuals just like Kayn. This means the depth of these two skins will be more than the others and therefore the higher price. 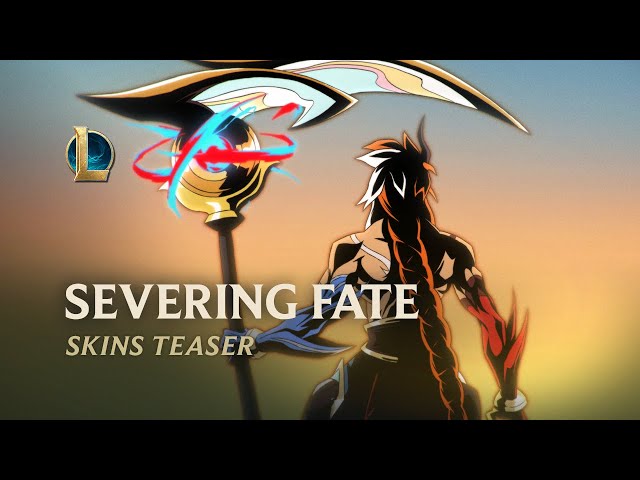 Hopefully, Riot Games will provide more information on these skin lines so that players can start saving money. The Kayn skin in League of Legends is going to be quite exciting as he is one of the most neglected characters in terms of cosmetics. Players are therefore quite hyped and eagerly waiting for the release of the skins.

Disclaimer: The information is totally based on early predictions and is subject to change.