Michael Bisping offers the man who sucker-punched him $1,000 to fight his friend Mike Harrington Michael Bisping isn’t yet done with the individual who attacked him on New Orleans’ Bourbon Street earlier this year.

On Tuesday, his attacker published a video to YouTube that challenged the former UFC champ to a fight.

Bisping has now dismissed the idea of fighting him. However, ‘The Count’ did propose an exhibition sparring match between his attacker and his colleague Mike Harrington.

“Listen, mate, I’m not interested in fighting you and I wish you all the best. You obviously got some problems, you got some challenges in life, but if you really wanna fight, I’ve got an offer for you. Listen, you clearly need the money, so here’s what I’ll do. On my podcast Believe You Me, we have a little guy called Harrington. He cannot fight, he’s doing a little bit of training these days. He thinks he can fight but he’s out of shape, he’s not skilled, he’s very smart. I’ll give you one thousand dollars guaranteed. I will give you one thousand dollars if you have an exhibition sparring match with Harrington from the Believe You Me podcast.

“If you’re such a tough guy and you wanna fight, there it is my friend, you Bourbon Street bi***… If you see this video, I’m offering you one thousand dollars to have a boxing match against Mike Harrington from the Believe You Me podcast. The ball is in your court, buddy. There you go. The Bourbon Street bi***, the Bourbon Street bas****. He probably won’t take the money but you never know,” said Michael Bisping on a video uploaded to his YouTube channel. 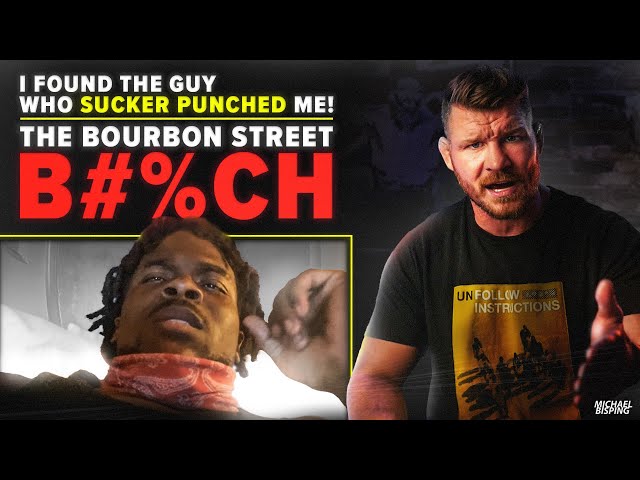 Michael Bisping first saw his attacker’s response on his Believe You Me podcast. Amused by what he had to say, Bisping took a page out of Liam Neeson’s book, and recited his famous dialogue from the movie Taken.

Watch Michael Bisping’s reaction on the Believe You Me podcast below (from 7:30): 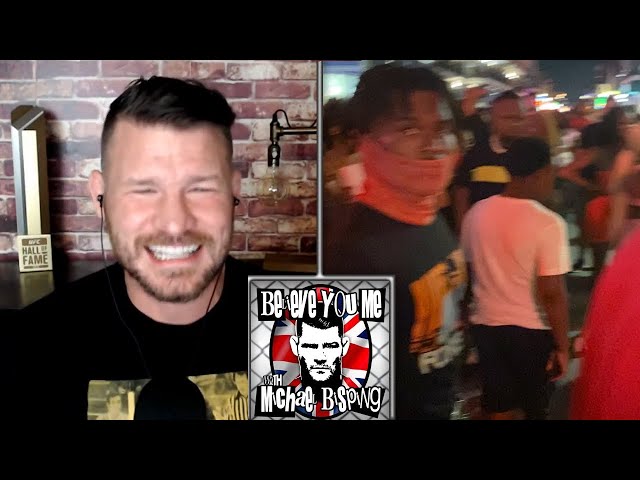 It’s pretty clear that Bisping is not planning on fighting his attacker. The 42-year-old, who is a former UFC middleweight champion, retired from the sport of MMA in November 2017.