Arman Tsarukyan has discussed why he believes Conor McGregor has been on a poor run of form ever since 2018.

In 2016, Conor McGregor looked nothing short of unstoppable. By the end of the year, he had avenged his loss to Nate Diaz and had won the UFC lightweight title. He achieved 155-pound glory after knocking out former champion Eddie Alvarez in devastating fashion.

But since then, McGregor has only won a single fight. He made millions in a boxing match with Floyd Mayweather, which he ultimately lost despite having some good moments. He was then stripped of his UFC titles for inactivity. When he attempted to win back his lightweight belt, he was soundly defeated by Khabib Nurmagomedov.

While he was able to defeat Donald Cerrone in 2020, the Irishman has dropped back-to-back losses against Dustin Poirier this year. In a recent interview with MMA journalist James Lynch, Arman Tsarukyan had the following to say in regards to McGregor’s fall from grace:

“He’s going not good because I think he has a lot of money, you know? He doesn’t want to train very hard, like when he didn’t have nothing. That’s why I think he can’t be like three years, four years ago, five years ago. I think money changes everything. But it’s my opinion, I don’t know. But last fight before he was injured… He didn’t do nothing. I told everyone, second fight, Poirier is going to win.” 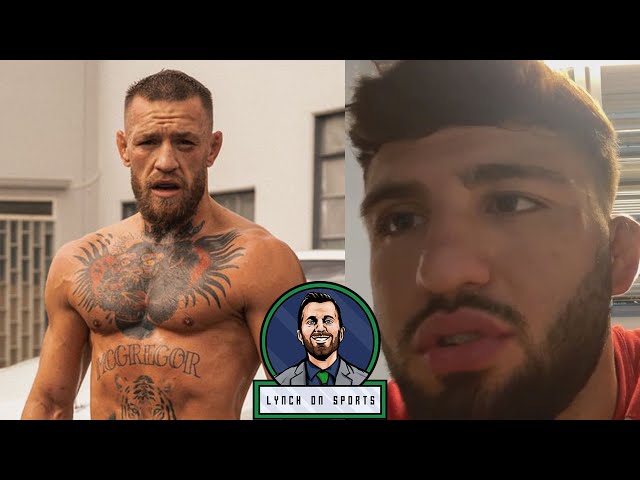 What’s next for Conor McGregor?

Conor McGregor is now on a two-fight losing streak. In his most recent loss against ‘The Diamond’ at UFC 264, McGregor suffered a gruesome broken leg. The injury will have him out of action for an extended period of time. But McGregor has already posted images of himself training hard, considerably sooner than many expected.

AFter his injury, McGregor immediately laid the groundwork for a fourth fight with Poirier due to the unfortunate nature of their trilogy bout. However, it would appear that the Louisianan will be competing for UFC gold next, as early reports indicate he will face Charles Oliveira at UFC 269.

With that in mind, it may well be time for Conor McGregor and Nate Diaz to finally complete their own trilogy. Both men are coming off two losses each and have a win apiece in their rivalry.