“The Indian players will chat back to you, not like the English team who will ignore you” – Pitch invader Jarvo Pitch invader Jarvo has stolen the limelight during the Test series between India and England by entering the ground on multiple occasions. His hilarious antics have made him popular among Indian cricket fans.

Jarvo entered the field during the Lord’s Test and then repeated the feat during the third Test at Headingley, wearing a replica of an Indian Test jersey with the number 69 on the back.

In an interview with Crictracker, Jarvo narrated his interactions with the Indian and English players, and also gave some information about how he planned his invasions. Jarvo said:

“I was there with my friends at Lord’s and we were drinking. We could see the Indian players practicing and I thought I’ll have a chat with them between the balls and they talked like normal and I was like, ‘Wow what fellas.’ They are not like the English team who’ll ignore you. The Indian players will chat back to you and we really like that. Then, I came with the idea of coming back as an Indian player. So, the next time, I got the kit and everything.” 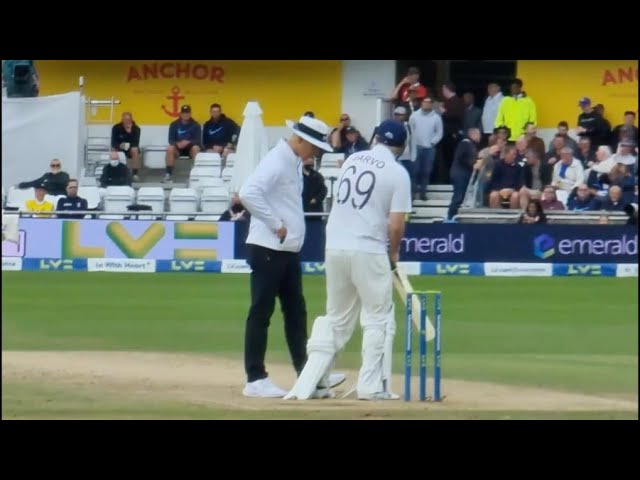 I am just there for whenever they need me, I have got India’s back: Jarvo

Jarvo then revealed that he will always have India’s back. He also boldly stated that he would support India if and when they face England in a World Cup final match. He said:

“There’s no individual I can name out to replace in the Indian team. We come as a team, we leave as a team, and we win as a team. I am just there for whenever they need me. I have got India’s back.”

“If it’s England vs. India, I will not lie about this. I’ll probably support India because they have been great to me. The England team was moody when I was in the Lord’s Stadium. And, I am an Indian now. So, the team means a lot to me.”