“The new king is here” – Paddy Pimblett sends a message to his competitors after debut win at UFC Fight Night: Till vs Brunson Paddy Pimblett rose to the occasion on his UFC debut. He tore into his opponent Luigi Vendramini in their fight at UFC Vegas 36 on Saturday.

It took Pimblett exactly four minutes and 25 seconds of the opening round to bag his debut victory in UFC. The former Cage Warriors featherweight champion is now ready to conquer the lightweight division of the world’s biggest MMA promotion. Speaking to the media post-fight, Pimblett sent a message to his competitors.

“It was never going to go wrong. This is my destiny. I’m here. I’m the new kid on the block. Told you the other day that I’ll get a first-round finish. People think I’m a grappler and I’ve just shut everyone up. I can grapple, strike and wrestle. I’ve got the personality and looks. The new king is here, lad!” Said Paddy Pimblett. 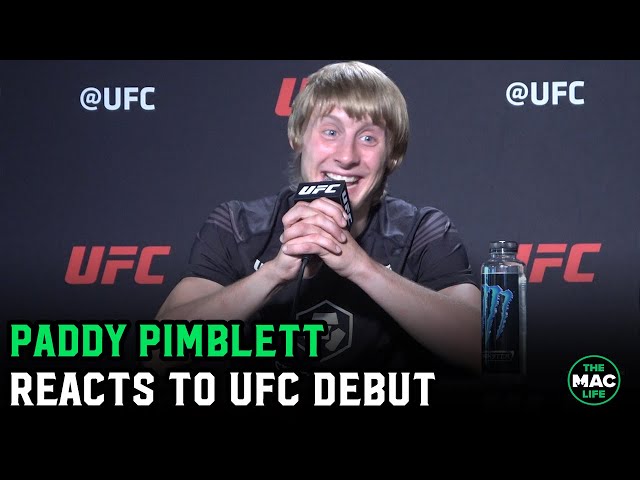 The likes of Daniel Cormier, Paul Felder, Megan Anderson, Aljamain Sterling and Belal Muhammad took to Twitter to congratulate Pimblett. They were all impressed with his first performance in UFC.

Only three fighters in the past have won titles in both the Cage Warriors promotion and the UFC. They’re MMA superstars Michael Bisping, Conor McGregor and Joanna Jedrzejczyk.

Out of the three, McGregor is the only one to hold a belt in the lightweight division. Looking to follow a similar path, Paddy Pimblett will be eager to emulate the ‘Notorious’ Irishman.

There is still a long way to go for the Merseyside mixed martial artist to match his fellow Cage Warriors alumni. However, his performance against Vendramini has definitely put him on the 155-pound radar.

Coming back from an initial scare early on during his UFC debut, Pimblett showed a lot of heart and sealed the deal.